“Somehow it magically works!” Coffee & Turntables on bringing music to a daytime audience
Review: The Woman In Black

Review: Jigsy at the Royal Court

Staggering and wheezing onto the stage, Les Dennis looks like nothing less than a 1970’s comedian. As he opens his mouth the transformation is complete. With a beer belly, a hacking cough and an ale flush we’re instantly transported back to the world of Cooper, Dodd and Miller.

Dennis is back as the titular Jigsy at his own suggestion, seven years after he first starred as the flyblown comedian at the Royal Court. “A gift from Les, and a thank you from us here at the Royal Court,” says the theatre’s boss Kevin Fearon.

As a one-man play with minimal set – a few pin-ups of yesterday’s funnymen, nicotine-stained wallpaper and a jug of mild – Jigsy is as obvious as one of the comic’s own punchlines if you’re trying to figure out how to crank up the limelight during lockdown.

Still, you have to laugh – that’s Jigsy’s conviction anyway.

Based very loosely on the life of Jackie Hamilton, we join Jigsy, an old-school Scouse comedian backstage in a working-men’s club in 1997, looking back at a career he nearly had – and sharing stories (and their gags) of his contemporaries.

It’s a smart move from writer, Tony Staveacre, who puts Dennis’ mimicry to good use in evoking Doddy, Cooper and Bernard Manning. The synthesis of performance and script capture the life of a comic in all its glory, mundanity and misery.

Still, you have to laugh – that’s Jigsy’s conviction anyway. Life was hard back in the day, he muses, but people seemed happier then. Chippy teas, packed music halls and a bevvy in one of the Dock Road’s many ill-fated boozers on a Friday night… its a seductive thought, if you leave out the bigotry.

Not to mention the tears of various clowns, about whom Jigsy reminisces. We’re reminded that many were actually sad characters, compelled by some instinct to keep performing – all the way to their deaths.

That Jigsy works so well is in no small part due to the delivery of Dennis, inhabiting the role so well that he seems indivisible from it. The comedian-turned-actor shows his ability to flick the switch on balancing the amusing anecdotes and one liners with tragedy.

Jigsy recounts the little-known Thetis submarine disaster on the Mersey – ruminating on the thin line between tragedy and comedy and the manner in which 99 sailors went to a watery grave. Even as they faced their fate, he says, they were joking. How well this might fare outside Liverpool is an interesting question. The play may have enjoyed a successful tour in 2012, but Jigsy is fundamentally a Liverpool play: raucous, defiant and unashamedly sentimental.

Either way, the show must go on – and as Jigsy leaves us with a brief glimpse behind the sequined curtain that leads him back on stage after the bingo, you wish that there was time for an encore: not just Jigsy’s own performance, but of that fading era of comedy.

Out of nowhere, several years later, another real-life disaster has given unexpected life to Jigsy once again. We expect he’d see the funny side. 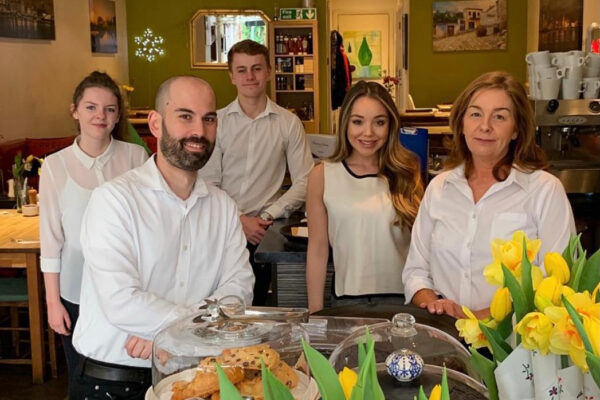 “Somehow it magically works!” Coffee & Turntables on bringing music to a daytime audience
Review: The Woman In Black